3 Ways A Music Producer Contributes To An Album

Music has a way of connecting with people. Vocal artists rely on this connection to generate album sales. In order to become a successful artist, an experienced music producer should be trusted to guide the recording process.

Producers are the unsung heroes that help make an album popular with the general public. By understanding the ways in which a producer contributes to an album, you will be able to recognize the importance of working with the right producer in the future.

Before an artist enters the studio to begin recording an album, the songs that will be included on the album must be chosen. A producer plays a key role in deciding the overall sound of an album. This decision will influence the group of songs that make up an album, as well as the songwriters that are chosen to work with a vocal artist on the album.

Music producers are even responsible for helping determine which session musicians and instruments would best complement each song. This type of pre-production guidance can set the tone for the success of the album in the future.

Sometimes aspiring vocal artists are surprised to discover that the instrumental portion of an album is recorded separately from the vocals. A producer is responsible for overseeing the recording of the instrumental portion of each song. Likewise, the producer will guide the performance and offer constructive criticism to help ensure that the sound reflects the desired tone of the album.

Allowing a producer to handle any instrumental recordings ensures that the resulting album will have a cohesive and appealing sound.

Once the instrumental track for each song is complete, a producer will have the vocal artist begin recording in a studio setting. It's important for a producer to be present when vocals are being recorded. That's because it is the producer's job to ensure the vocalist gives a sincere performance of each song. Listeners usually identify with the vocals of a song first. If the vocals are hollow or insincere, listeners won't feel connected to the song. 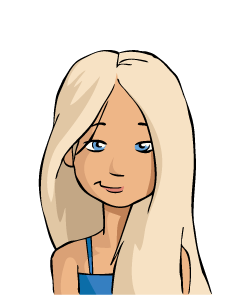 Ever since I was a young child, I have loved singing. While I never became a professional singer, I sing in a local chorus and I love putting on shows. However, I also enjoy listening to music and when someone asks me what my favorite music genre is, I tell them "all of them!" However, I especially love seasonal music and am always eager to turn on holiday music as soon as the weather begins getting cooler in the fall. I recently decided that more people need to embrace music, because it has healing qualities and really makes the world a happier place. I decided to create a blog to share my favorite new music finds, tips for singers, and many other music-related tips on! Come back often for a little music education and a lot of fun!